If you’re going to talk about the effects of globalisation and a more interconnected way of working - Rome’s not a bad place to start the conversation. If there’s one thing that everyone knows about Rome, it’s that above all, the ancient Romans knew how to get the best talent working for them, no matter how far flung the place may have been.

So, the shadow (ok, it was a long shadow…) of the Colosseum seemed an appropriate place to talk to Jai Shekhawat, CEO of the cloud-based contingent workforce solution provider, Fieldglass and Tim Minahan, CMO SAP Cloud at the AribaLIVE  event in Rome this week. For those who don’t already know, SAP is expected to close a deal to buy Fieldglass within the next few weeks.

In today's world, getting the best talent is often about mobilising local knowledge and expertise, but doing it on a global scale. And in an increasingly talent-led workplace, companies can no longer afford to ignore the potential lost revenue, missed opportunities and the lack of continuity that so often surrounds temporary or contract services. Of course, organisations are frequently measured on how efficiently their employees are performing – or how the company is affected by indirect issues, but in many cases, organisations are only looking at their full time staff and lack the capability to properly monitor their contingent workforce. This then leaves that area of the business hard to manage; with intangible costs and very difficult to integrate into existing systems.

And this is where Fieldglass comes in – providing the bridge between permanent full time staff and the contingent workforce. As Shekhawat pointed out – what happens when the contract ends, or people retire? What happens if those people are contracted again? Often the data is lost or fractured – as they are shut down in one system, then appear again in another – without the transfer of quality or continuity data. Shekhawat went on to explain that the way we work is constantly changing and developing and organisations need systems to deal with that. For example, he said (at one large company) “50% of the innovation came from outside of the company – you just can’t manage and capture all of that without the right systems.” 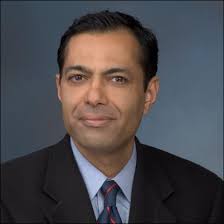 But it’s also about providing a platform which a global workforce can tap into wherever they are, protecting brand and raising visibility, as well as the accessibility of training and compliance. Organisations can’t always expect the best talent to move to them – so solutions like Fieldglass provide the capability to push the work to where the people are. As Shekhawat pointed out – variable operating models and outsourced services now make up 1/3 of the total – a figure that’s growing year on year. And this is an environment which finance and AP have been quick to take advantage of – with many working with or within an outsourced or shared service environment.

Whereas in the past this might have been an area handled by HR and perhaps the management mechanism secured and/or purchased by IT – increasingly it’s falling into the remit of procurement. In fact, Tim Minahan pointed out that it’s been predicted that by 2016, 80% of IT purchases will be made outside of the IT department. With SAP’s strong presence in procurement, and with a similar pricing model to Fieldglass - it’s not hard to see how the two companies are likely to knit together in the coming weeks and months.

Shekhawat co-founded Fieldglass 14 years ago and has, on more than one occasion, been named as the “pro to know” -  something which wasn’t necessarily recognised all those 14 years ago as he described what happened at the end of an obviously (at the time) visionary presentation to which the feedback was – “very engaging presenter – but must be from another planet”.

With the imminent tie up with SAP, and wide acceptance of outsourcing, the crowdsourcing of worldwide talent and the increased usage of a contingent workforce – I think that’s a planet we all recognise and inhabit today.