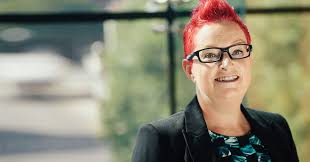 With 20+ years experience in academia, Sue is also an accomplished academic manager and research centre director with more than 40 publications and a PhD in software engineering.

A champion for women in computing, Sue is founder of BCSWomen the UK’s first online network for women in tech, and #techmums, a social enterprise which empower mums and their families through technology.

She also ran a successful campaign over several years to secure funding for the restoration of Bletchley Park, the UK World War II centre for decrypting enemy messages. She started raising awareness of the site by creating a blog after visiting the site and noting the appalling condition of the building. The photograph of one of the huts with a blue tarpaulin protecting the deteriorating structure helped galvanise interest and activism among concerned computer scientists. The initial outreach was followed up with an active Twitter presence that attracted even more followers and interested parties.

Breaking the Enigma code at Bletchley Park is estimated to have shortened the war by two years, saving approximately 22 million lives. 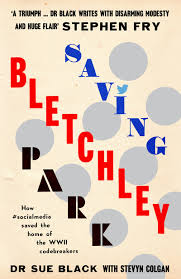 At the end of 2015, Black published a book about the process, Saving Bletchley Park, that became the fastest crowdfunded book of all time.